The day was October 18th when tropical storm Nestor decided he was going to send 2 days of rain to the gulf coast area. The entire week leading up, the itch to move around and photograph something new had me reaching for cortisone cream. Once Nestor’s forecast was confirmed, it was either a northbound venture to capture the storm at its strongest, or head east and south around it.

I packed ole Black Beauty (my jeep) and decided at 4am on Saturday to start the day on Miami Beach shooting long exposure photographs of lifeguard towers. I’m used to shooting sunrise as one of few on the beach in Naples however, in Miami Beach, the whole world is either exercising, waking up in tents, or likewise shooting photographs. 90 minutes later and 2 images that I'd consider printing, the next stop was to scout out a number of other great sunrise photo locations in the area. 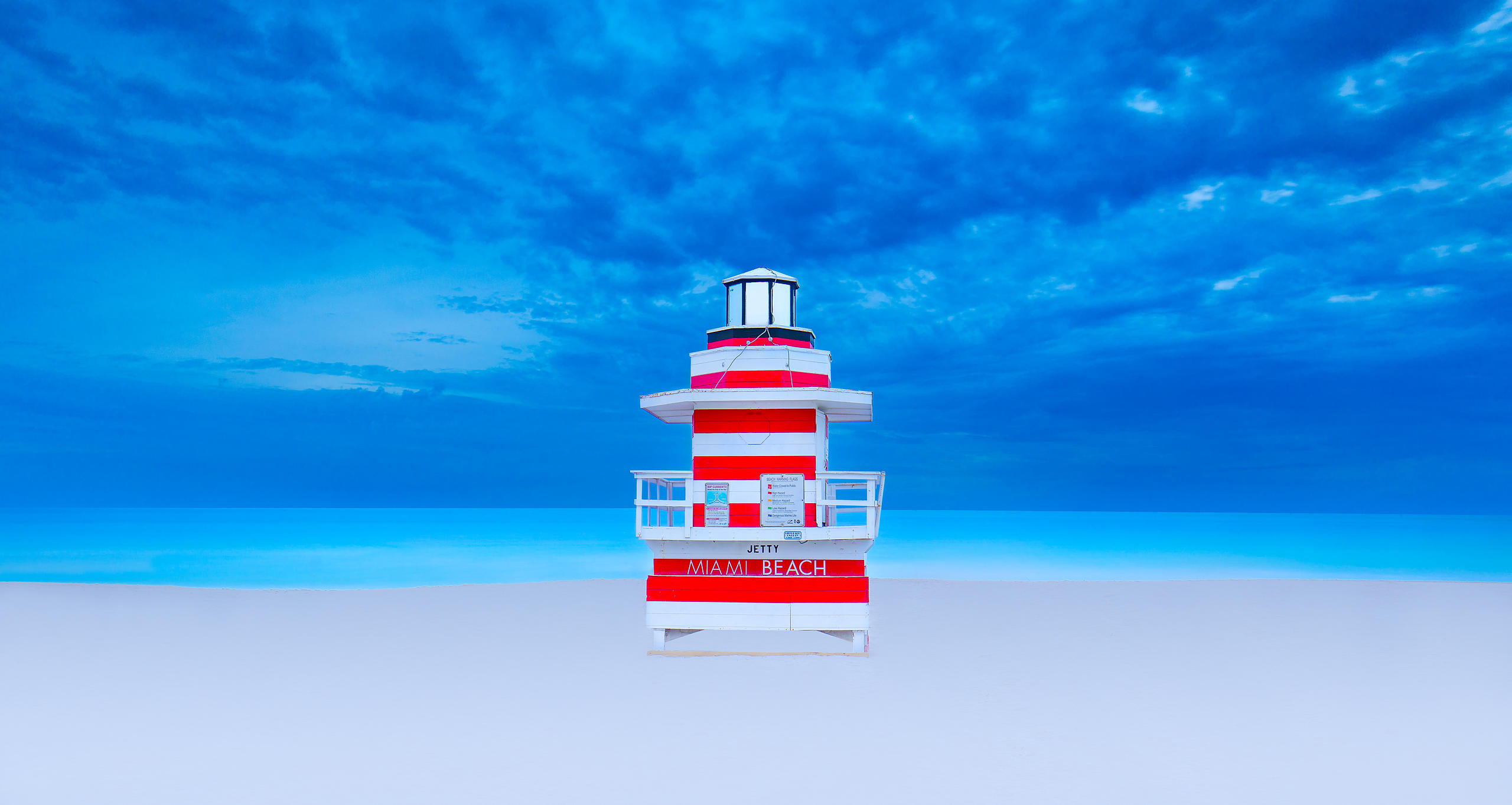 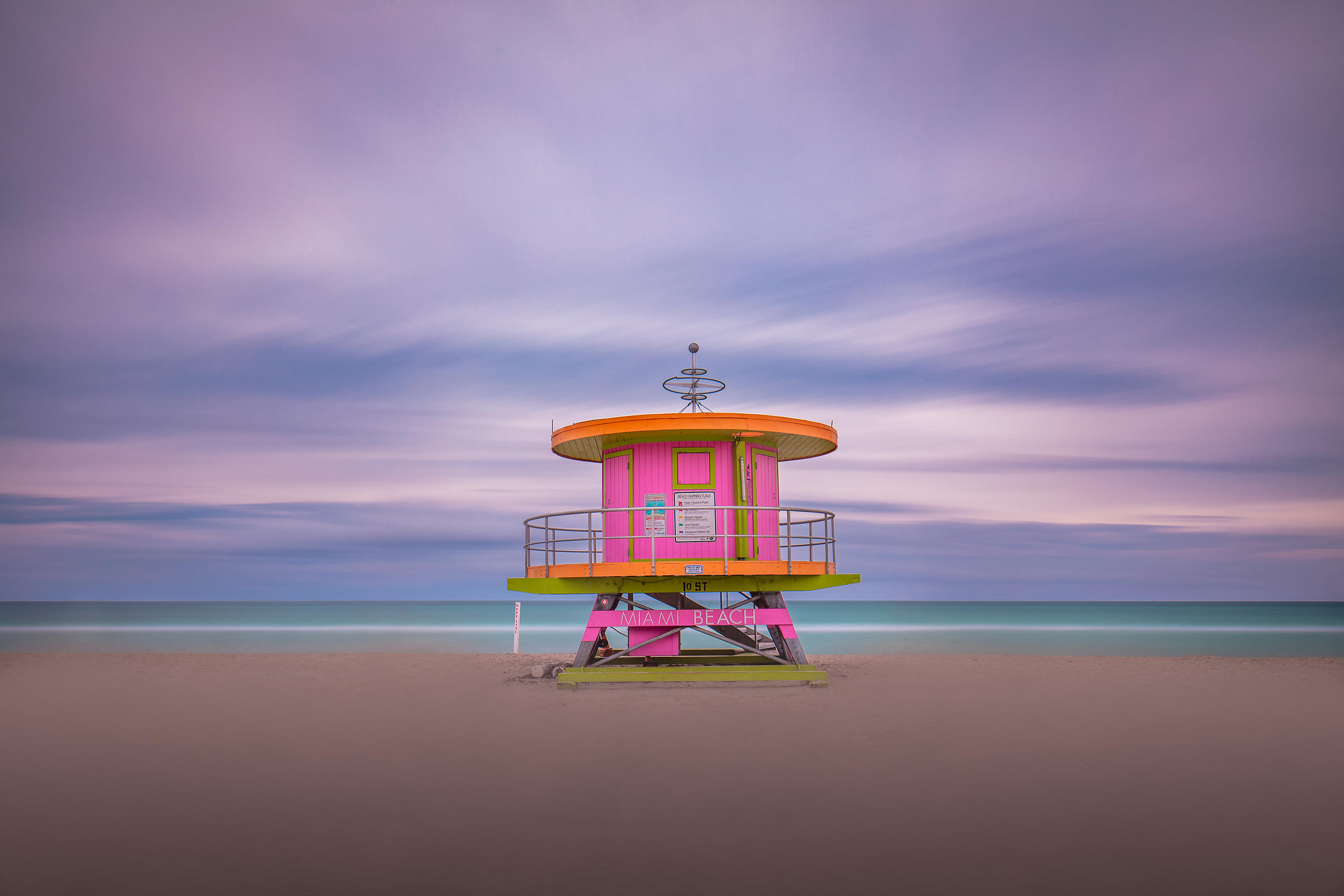 I was truly blown away with the south east coast line of Coral Gables. Sure I’ve spent time there before but not in search of nature’s beauty at 7:30am on an overcast Saturday. One stop after another....from Alice Wainwight Park, to Matheson Hammock Park and ultimately finishing at the Deering Estate. As I drove these beautiful old streets lined with massive Banyan trees, I couldn’t help but notice that every direction was either people exercising, a beautiful park, botanical garden, estate property or quaint tropical home. The point is simple…..Coral Gables kicks ass and I look forward to spending more sunrises there but it was only 11am and I decided it was time to seek some coconut trees and long fishing docks with ever clear water on the horizon.

After passing my favorite dive center in Key Largo (Hoizon Divers) I quickly realized, I don’t know many locations in the upper keys with long docks or properly spaced coconut palms on the beach. So, as a thinker on the toes, my first stop was to a fine art gallery to start asking locals for tips on locations off the beaten path. A wonderful lady at Our Place in Paradise offered me a few tips but it became clear that I was going to be grinding to find the pirate booty on this adventure. I quickly switched my maps to satellite imagery and started scaling the coast until I found some possible winners.

First stop was Islamorada where I asked the guard gate of a nice resort if she minded me walking the grounds and with her beautiful smile and Jamaican accent, it was a green for go. I was pleasantly surprised to find a number of great coconut palms but the pier I was seeking appeared to be further down the beach and not accessible to the public. I got as many variations of palms as possible and kept heading south. I wandered down residential streets I’d never heard of because my satellite image said they had a doc in the backyard. Twice I walked onto someone’s property and knocked on the door to ask if they minded me taking a photograph from their dock. One yes, and the other wasn’t so welcoming, but hey, I was batting 50%. The images came out just ok as the sun was struggling to peak through and give a little light to the beautiful water.  From there, I stopped at every landmark possible including both old bridges, always pushing the envelope to get a better vantage point than the average schmo. 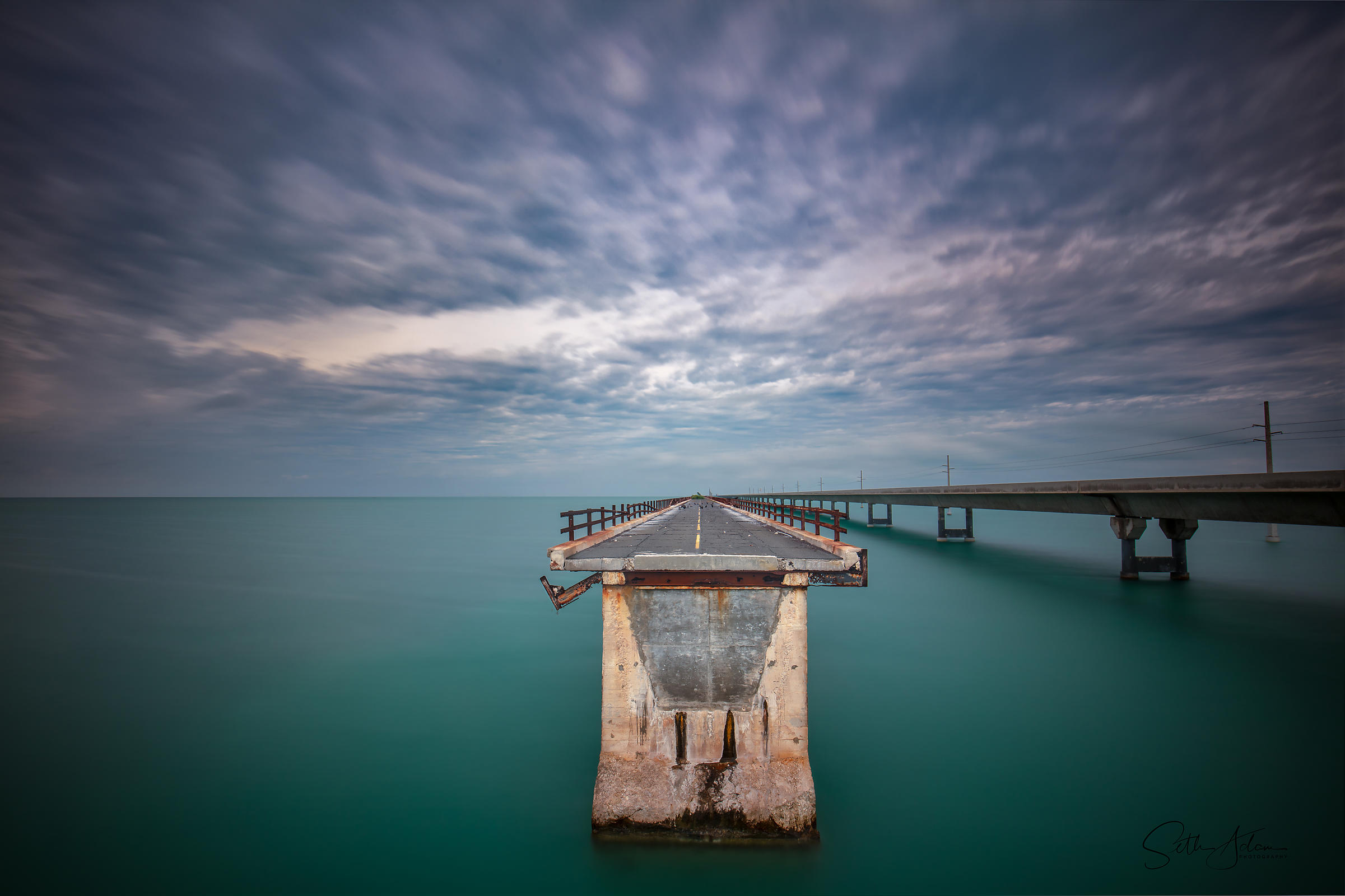 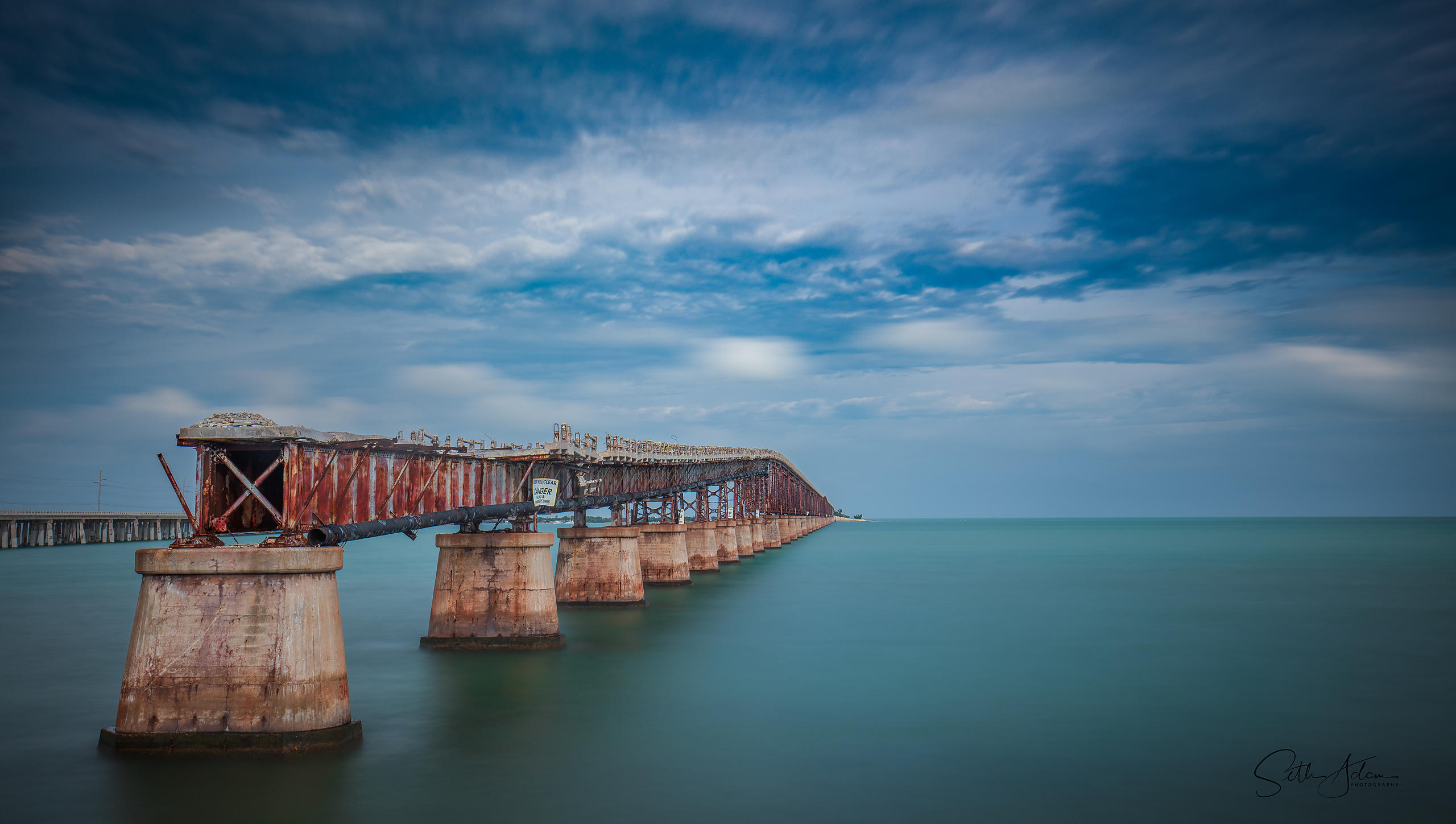 It was a constant u turn, pull to side of road, walk around the back of property until I was finally a few miles from Key West with around 20 minutes of sunlight left. I b-lined for Higgs Beach where I knew there was a look out pier I could photograph. The results were just ok but after being on the road all day it was time for a shower and food. I checked into a youth hostel (literally been 10+ years) and as the lady hands me the key, she says, “are you here for fantasy fest?” In my mind I quickly thought, what are the freakin chances and I simply replied, “well I am now!” 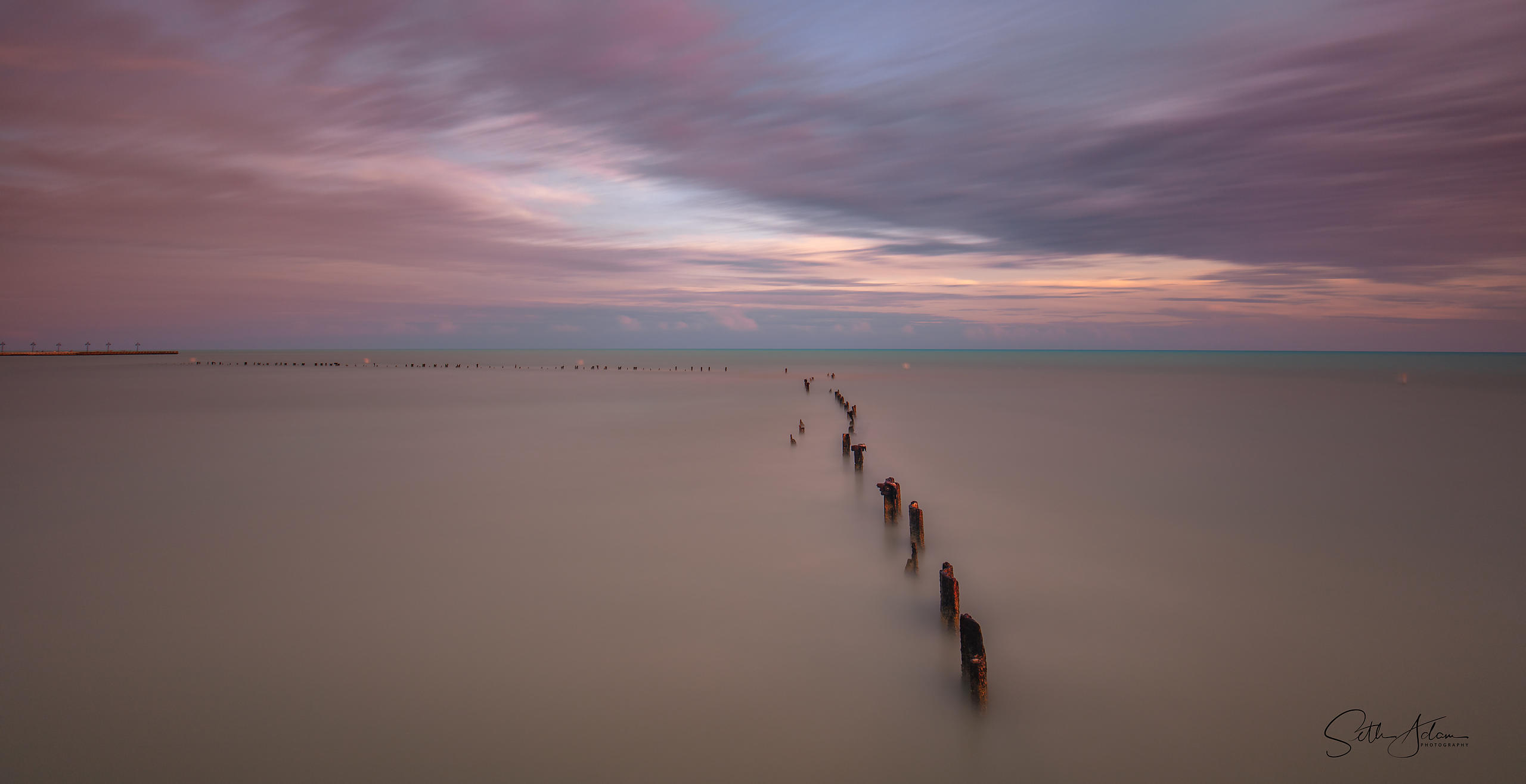 A quick rinse and off I went to Duval on foot for my first fantasy fest experience (a perfect addition to my impromptu adventure). Painted breasts, dudes in thongs, beads, booze and a bohemian theme filled the streets and made for excellent entertainment. As always, I made a few pit stops at different art galleries including the famous and controversial Pete Lik Fine Art Gallery. The first image I see is the most perfect long wood dock with crystal clear water and vibrant blue ski…. literally what I had been looking for all day. The unfortunate part of the Florida Keys is that most of these spots are behind beautiful homes and inaccessible to the general public. A group of drunk guys were negotiating with the sales man on a large format print when one of the guys says, hey you, what do you think? I give the gents my opinion on the piece and Peter Lik in general. They didn’t realize he was as unlinked amongst photographers as he was loved by collectors. Ultimately, I told them it was a terrific piece and they should buy it. The leader of the group pulls out the AmEx and says, we’ll take them both. A few minutes later, the sales guy comes up and says, thank you for the effort and we began to chat about Lik’s style. I said you know what man, I’m looking all over the place for docks just like that one and I can’t seem to find the perfect one. He said, that one is in Islamorada and just so happens to be the exact piling I was staring at from a distance earlier that same day. You can’t be serious, I thought…thanks pal…and off I went. A little Jerk chicken, a few light beverages and I was out by 11pm with the thought of sunrise location and how I was going to find that pier.

Fantasy Fest On The Calmer Side

Up and out the door at 6:15 and found a decent little sunrise location for a simple long exposure. I stopped at Bahia Honda State Park which is a fantastic strip of land between Key West and Marathon. I asked Siri about some tasty bagel places near me and it just so happened Marathon Bagel was 6 miles away. When I walked in it was immediately sniffable that I was in  a New York bagel deli. Needless to say, I was a pig rolling in the muck. Next stop Islamorada. 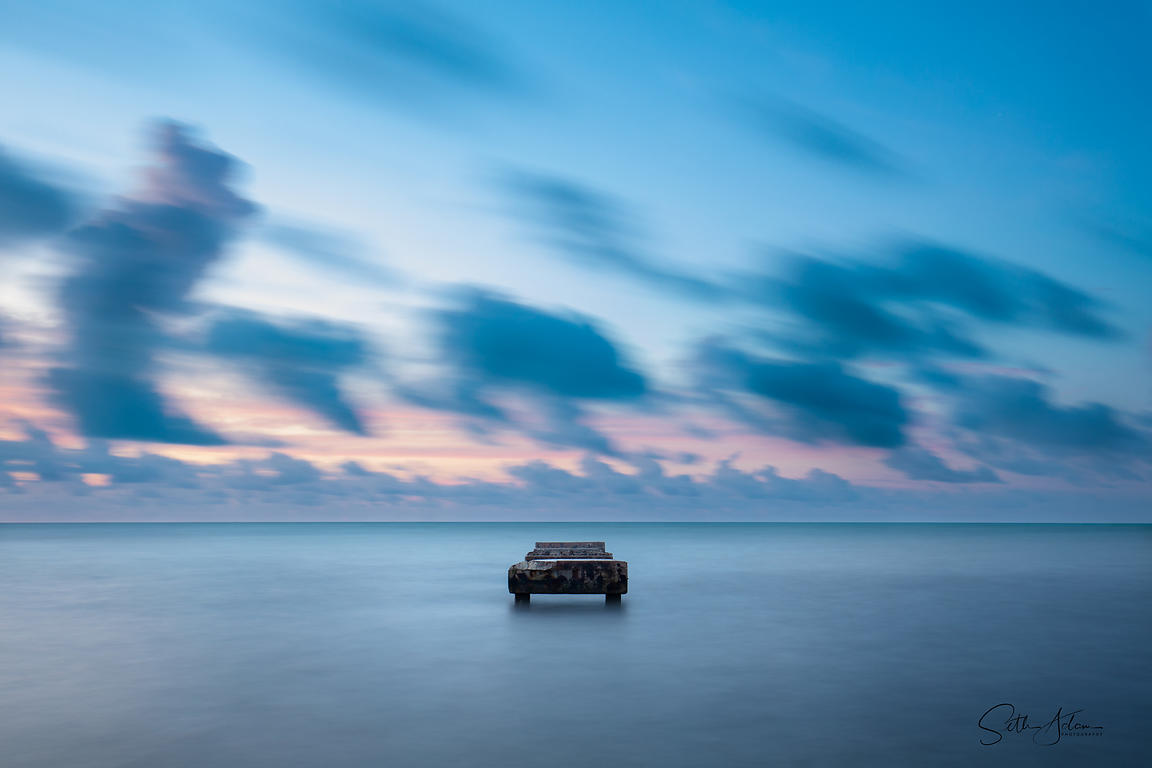 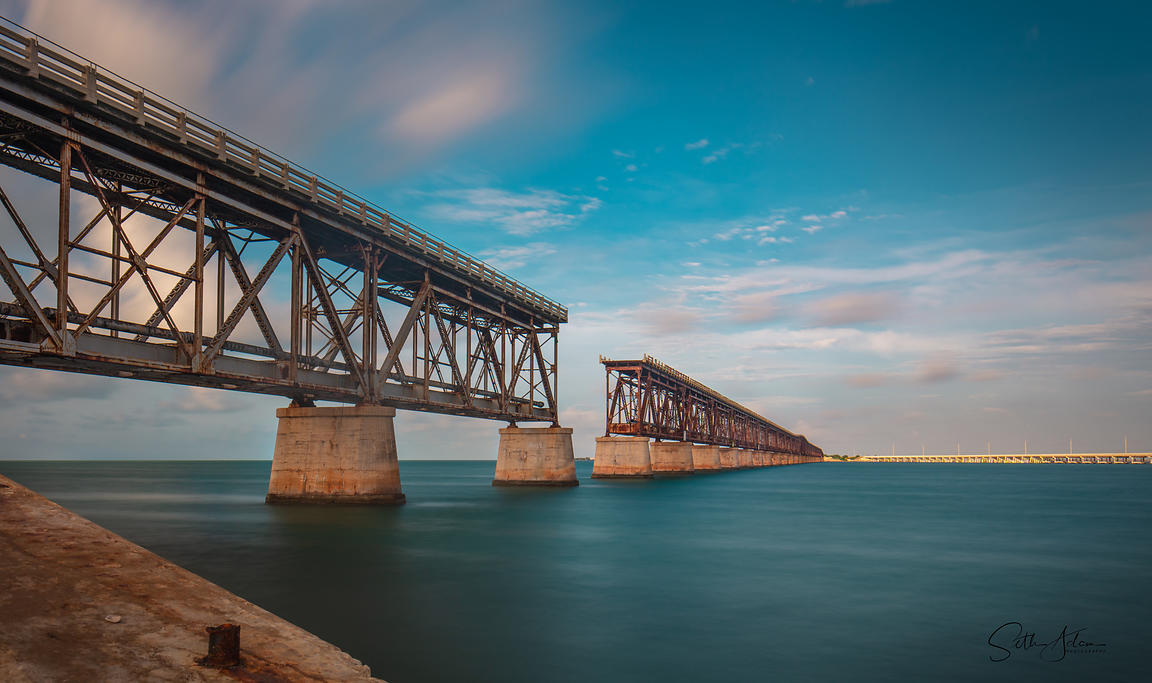 I arrived to Islamorada and quickly started plotting how I was going to enter this property. It became clear that the main location I was after happened to be a super private high end resort that had private property signs every 5 feet. Is it me or is it literally impossible to be a landscape photographer and not constantly be pushing the envelope or getting into trouble in order to get a shot (probably me). I thought it would be smart to ask someone if they minded me taking a few photographs. I know better than to do this as it’s always easier to ask for forgiveness. I just couldn’t come up with a very good answer when there’s a sign everywhere saying private property. 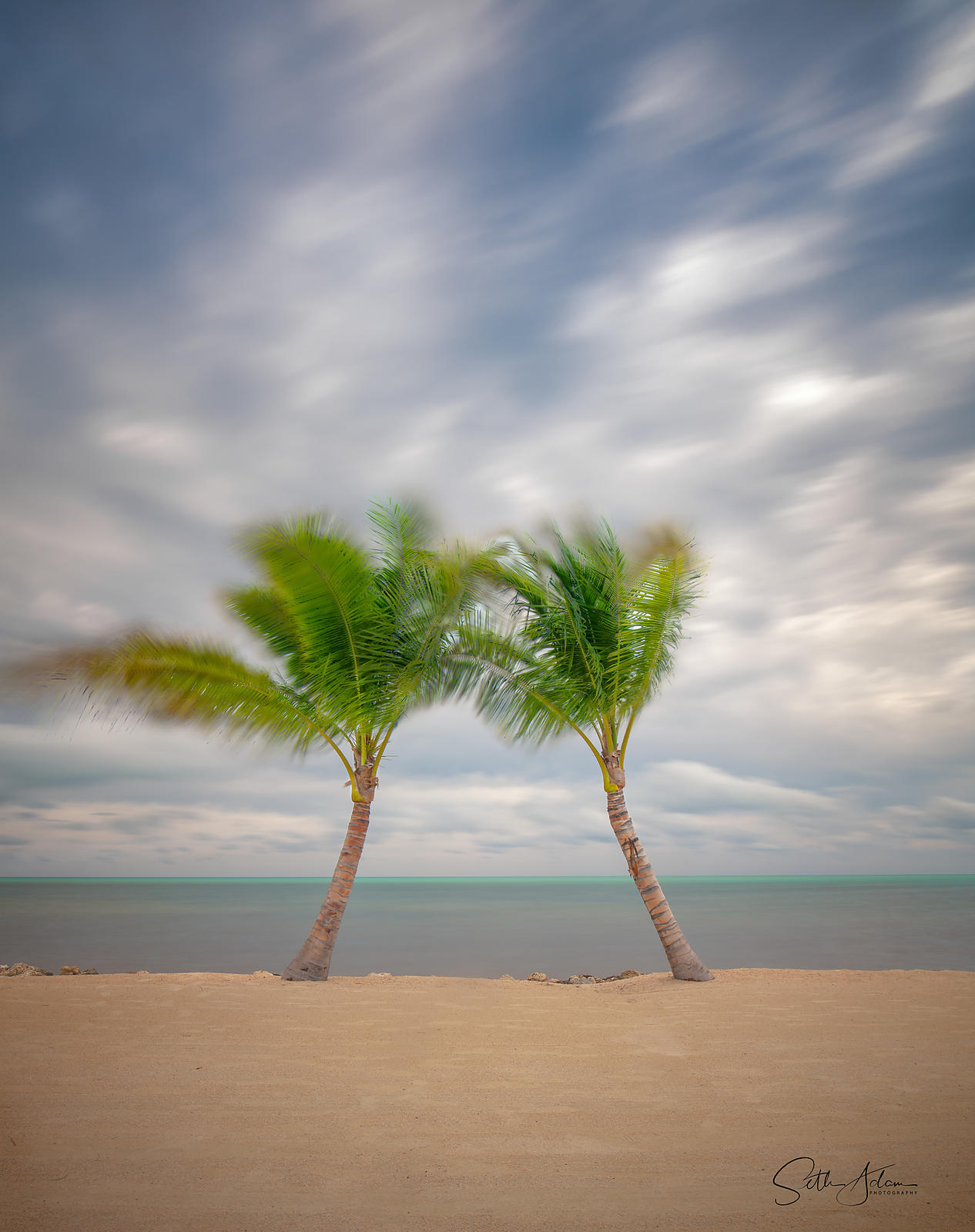 Dragging on a story like this, you might think there’s going to be a super climax or moment when I got the shot. Well, I got a number of good shots but didn’t get my money shots. The best part of it all is I now know where my 2 locations are and I had to travel all the way to Key West to find them even thought they were right under my nose. I returned home to Naples around 6pm and based on the clouds, figured I’d get a little seascape image to cap off the weekend. The image was terrific but the red tide was almost unbearable. What truly makes an adventure fun for me is absolute uncertainty. It’s nice to have a vision but when you don’t know what’s around the bend, there’s a certain blood pump that I can only equate to an addict indulging their vice of choice. Cheers to you for reading this story and cheers to weekend adventures! 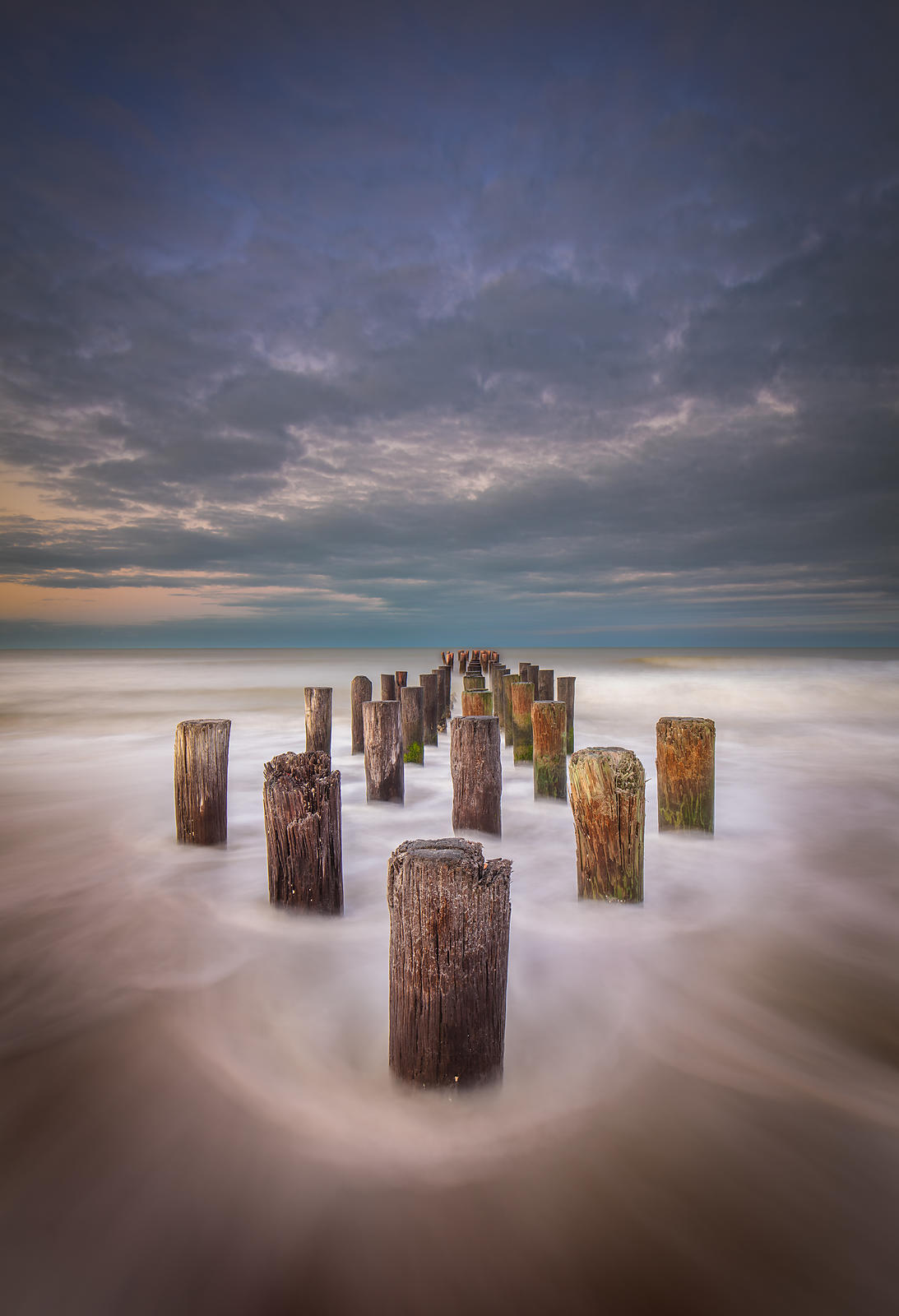